Rahil pulled off the ultimate surprise proposal for Kruti along the Charles River Esplanade. These two met through mutual friends at Northeastern. They had been dating long distance for the past year. Back when they were both in Boston together, they used to enjoy walks along the Esplanade so it was the perfect spot to propose. Because Kruti was living back in Chicago, Rahil planned it for a weekend she was flying to Boston. She had no idea!

They’d never had any photos taken together, so we used that as a cover. Rahil told her they were having a portrait session around Boston. This made it easy and not suspicious at all for me to meet up with them from the start. We met in Beacon Hill, and Rahil shared that he had landed a job back in Chicago. He was moving back so now they’d be together again! That was obviously fantastic news, but I tried to play down my excitement some so that it didn’t seem obvious that we’d had so many detailed phone calls together. I was nervous to ruin the surprise!

We spent the first part of the session strolling through the cobblestone streets of Beacon Hill. Then we began to make our way over to the Charles River Esplanade as sunset was nearing. The narrow streets in Beacon Hill get dark much faster and earlier so meeting there first allowed us to have that even golden light for the entire session!

Rahil and I had chosen a spot on one of the docks for the proposal ahead of time. Because the other surprise was that some of Kruti’s closest friends were flying in for the weekend to celebrate with them too. I had them slow dance a little on the dock. The sun was dropping below the horizon. Rahil pulled out this beautiful letter he’d written to Kruti, reading it aloud before getting down on one knee to propose! Cue the smiles and hugs and happy tears. More cheers and celebration erupted as a group of their best friends started to arrive. This past fall feels like a lifetime ago, but reliving this incredibly special moment reminds me that love isn’t cancelled. 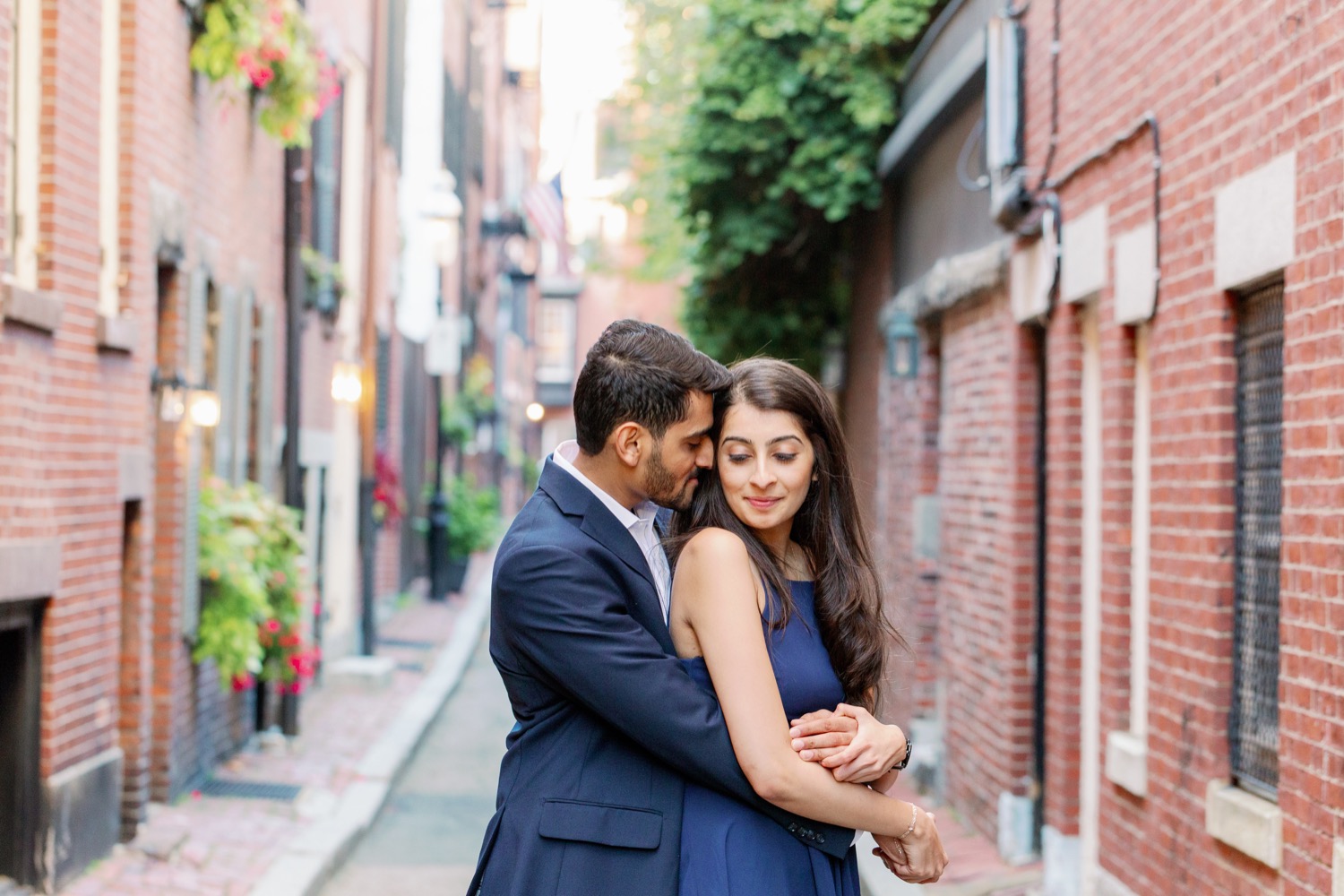 Boston has been gifting us with absolutely incredi

Dinner views, the way life should be. Who’s exci