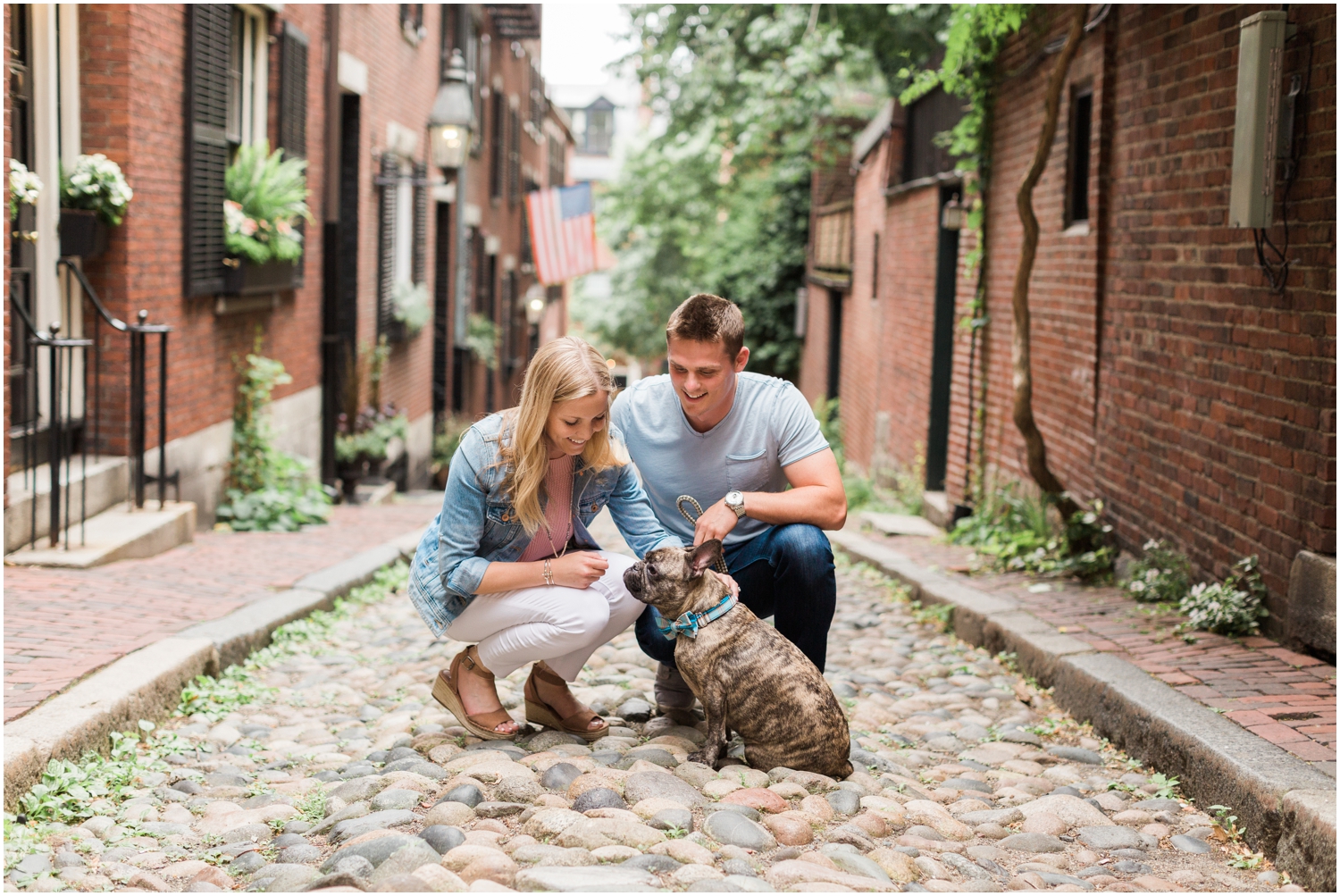 When Kylie first reached out to me about an engagement session, she mentioned they were hoping for photos in Beacon Hill and along the waterfront. What? My dream. Sign me up immediately. She also said they wanted their Frenchie Chef to join in on the fun too! Now I haven’t photographed a lot of dogs but I was up for the adventure. It couldn’t be harder than photographing cats right? When she texted me the morning of saying something about how Chef was a beast, I won’t lie to you, I started to get a liiiiittle nervous I didn’t know what I was in for. But, Kylie and Jared came well prepared with treats and I’m telling you, I think Chef was smiling for most of his photos. His mouth curled up and when they loved on him he looked like he was in doggy heaven. It was completely adorable. A serious lovebug beast.

Also speaking of adorable: the two of them! Kylie and Jared are from the midwest, which is where they met, and where they will marry next June. But Jared’s job took them to Boston so they wanted engagement photos that celebrated their second home, and what’s more Boston than Beacon Hill and ocean? Acorn Street may be the most photographed street in Boston, and there’s a reason. It’s insanely beautiful. I always forget how picturesque it is. The cobblestones and brick row houses give it such a cozy feeling and it just screams New England charm. Throw in these two and you have serious heart eyes. I don’t know exactly what it is, but there is something about the two of them together that is so romantic, even when they’re just laughing and being silly. Maybe it’s the way Kylie looks at Jared or how she just snuggles right in to him. Whatever it is, they fit; they’re completely comfortable together and ooze some serious love. Since they live in South Boston, we also ventured over to Fan Pier Park. The wind was perfect and the views of Boston are stunning so I asked them to dance a little. Movement and laughter in photos is always my favorite! And guess what? It was perfection because they met dancing! Congratulations you two – I hope Chef gets to be the ring bearer!

This is adorable! Love every single one of them!

Obsessed! Her ring is gorgeous! Stunning work, Kendra (as always)!